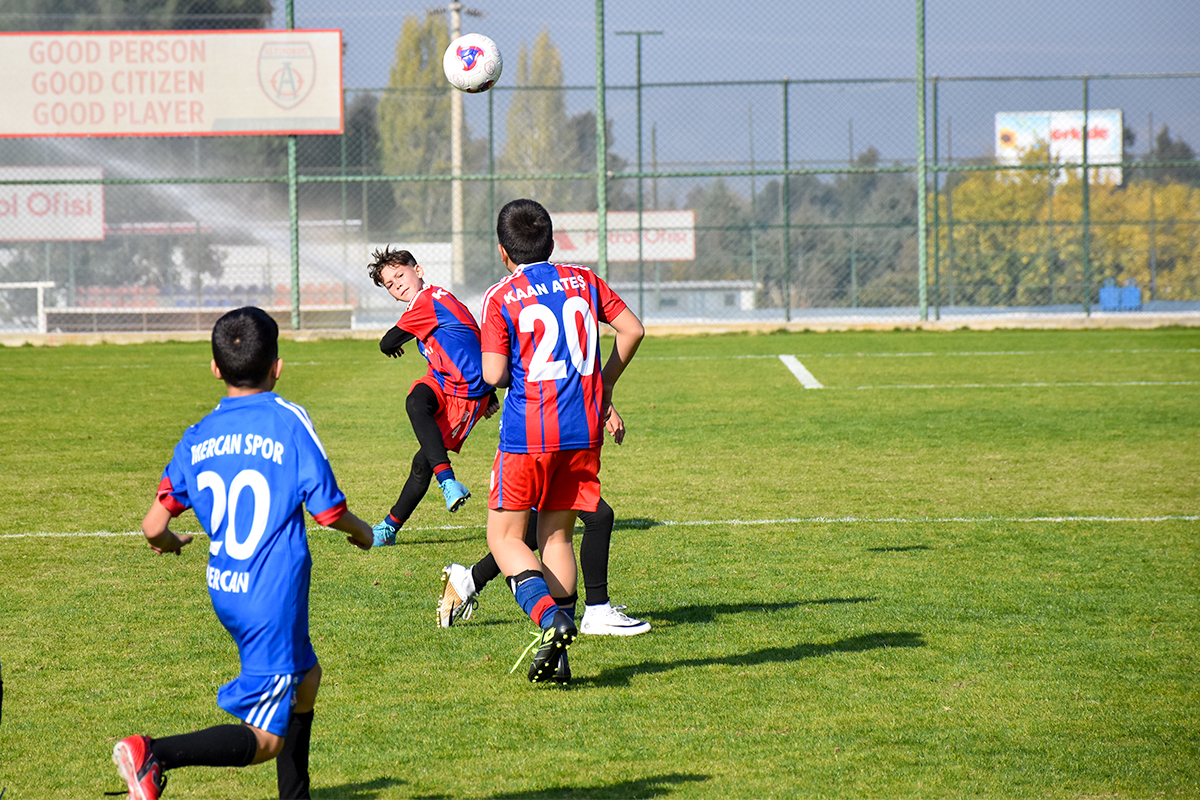 Our 8th Altınordu Philosophy Fellowship Tournament, which we traditionally organize as Altınordu Football Club, started with matches played today.
Our tournament, in which the competitive amateur clubs of our AFO’s participated, was attended by 33 clubs, 56 teams, and 738 athletes from 30 AFO’s. A total of 72 matches were played on the first day of our tournament at Selçuk İsmet Orhunbilge Facilities. One hundred seventy goals were scored on the first day in the games where our 2011 and 2012-born athletes competed. Our tournament will continue with group matches to be played tomorrow. The teams that take the first two places in their groups will compete in the quarterfinals on Thursday, November 17. Our AFO AFEK Tournament will end on the same day as the final matches.