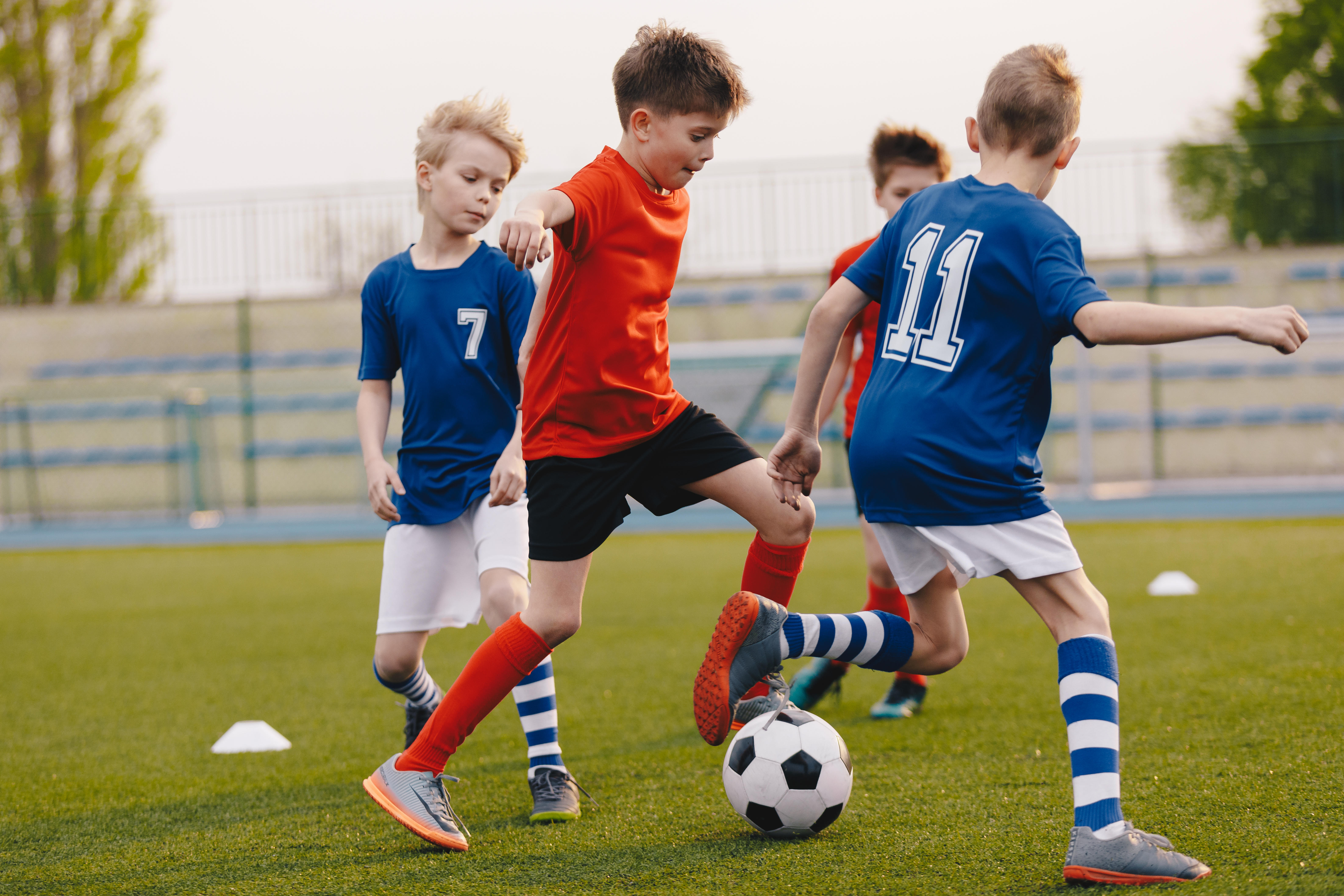 The extensive study reveals the prevalence of club-trained[1] players in European teams and the playing time they received in 2018/2019 and 2019/2020 seasons. ALFA has studied and compared 32 leagues and 528 teams all around Europe to find out which clubs are the best in talent development.

The study tries to find an answer to these two questions:

1-) How many club-trained players are in the professional squads of European teams?

2-) How much playing time these players have received?

The countries that were included in the research were:

The most striking result of the study is that only 58 clubs (%11) among 528 clubs all around Europe had at least %25 their own players in their professional team squad. This means only a small minority of clubs in Europe dedicate a significant portion of their squad to their home-grown players.

In terms of the percentage of club-trained players in professional team squads the situation by country looks as follows:

[1] Played at least 1 year in the Academy level before reaching 18 years old. 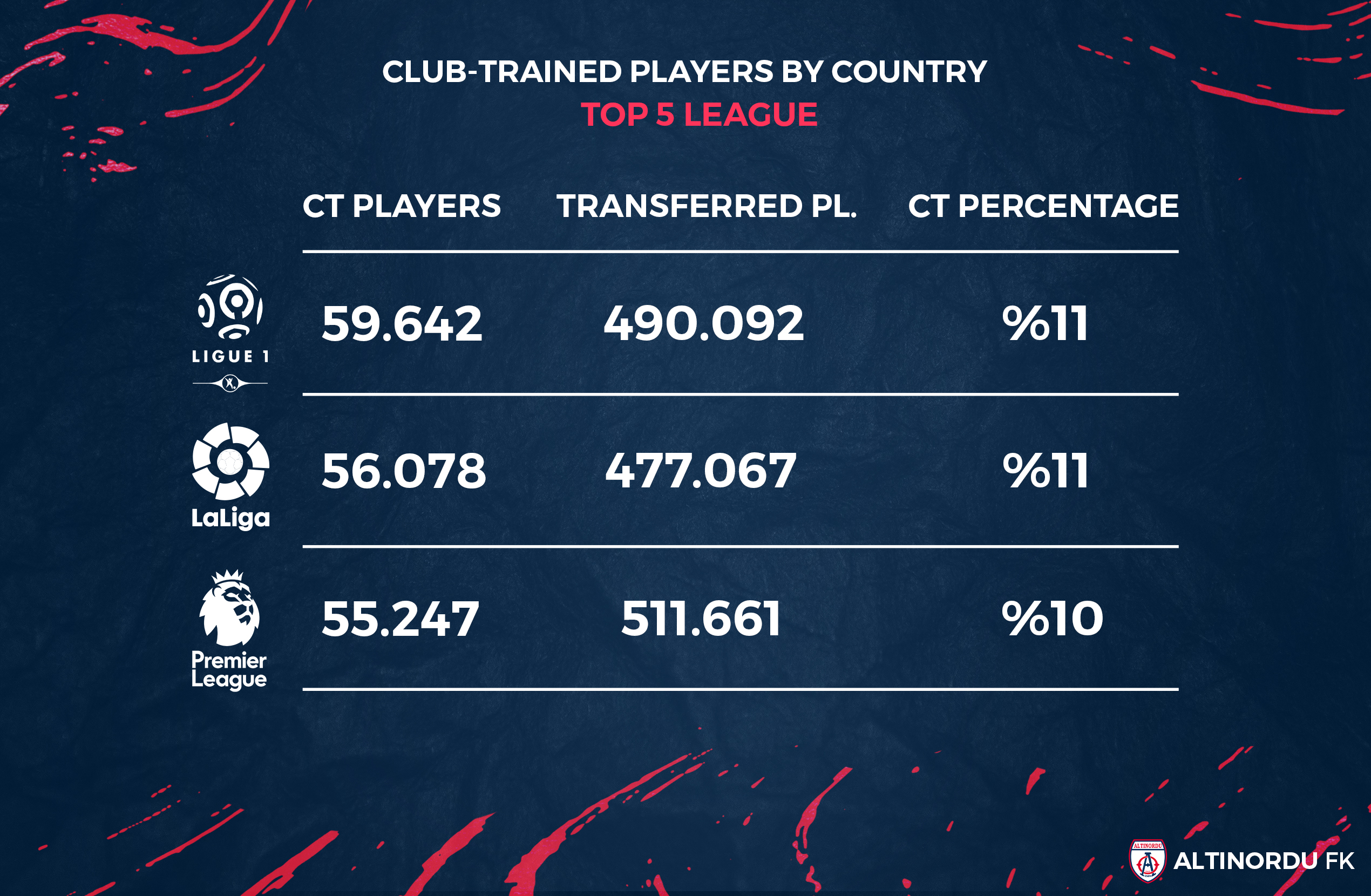 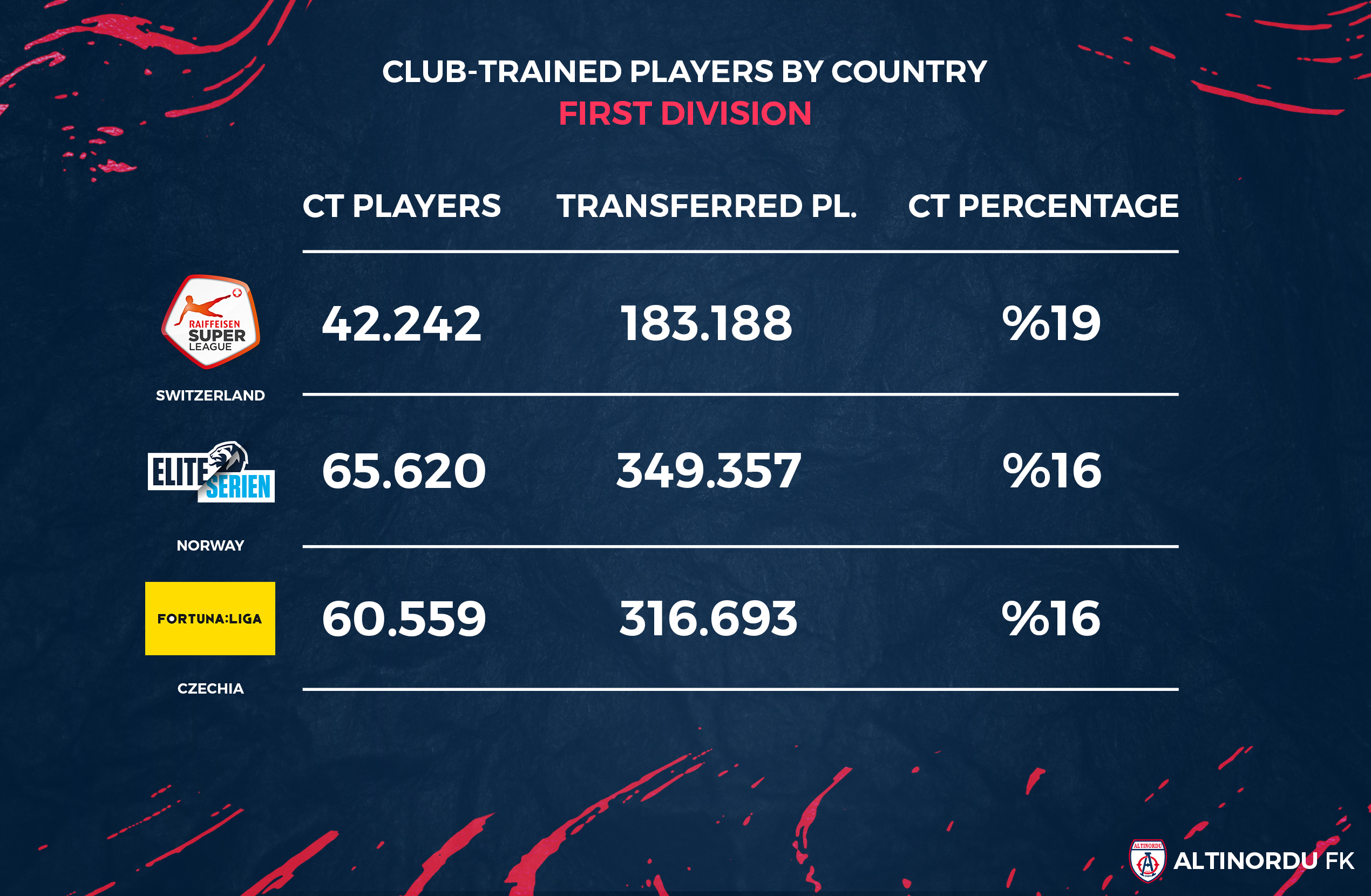 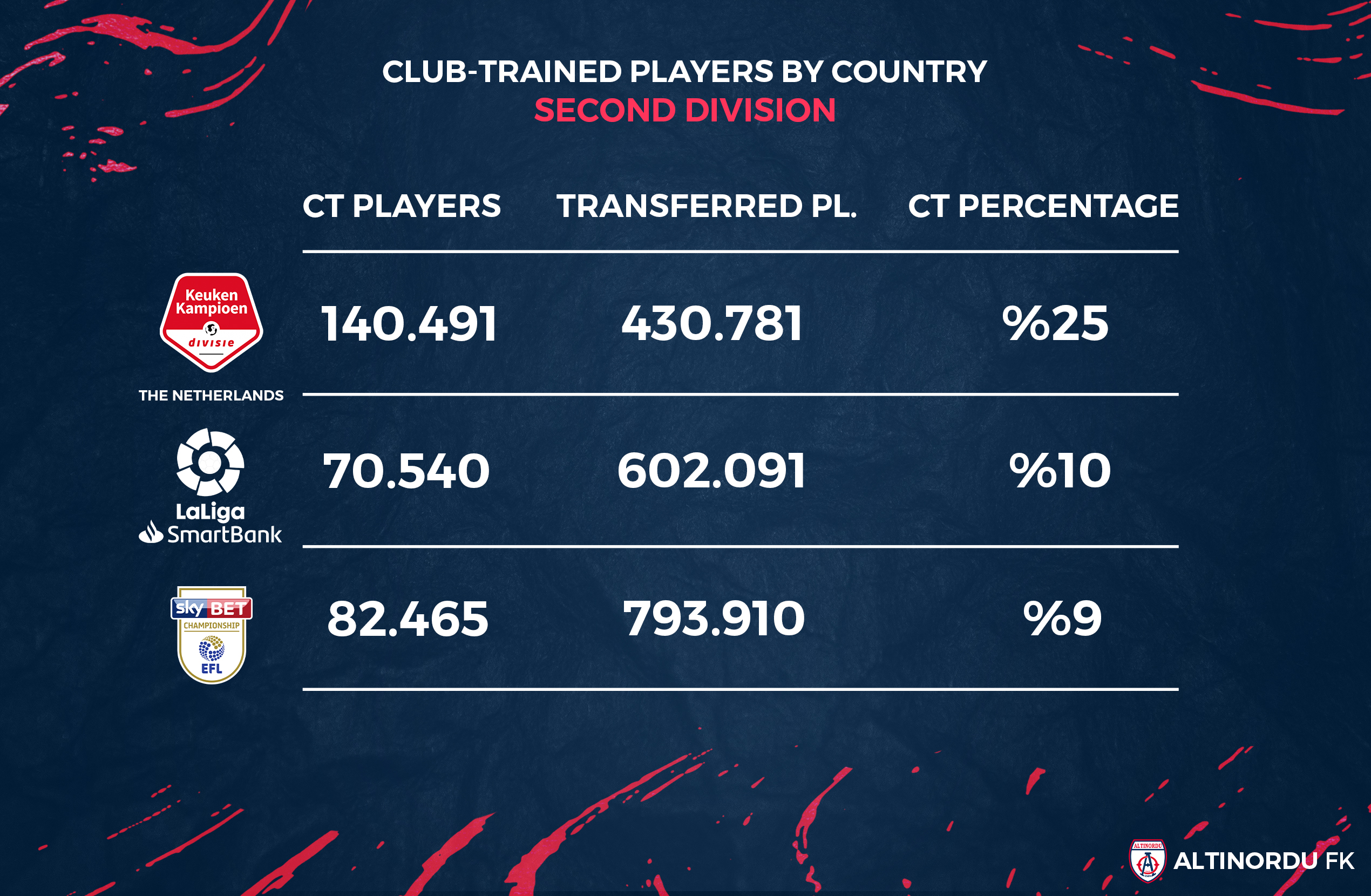 The country that has the highest percentage of club-trained players in first division level professional team squads is Switzerland (%19). Turkey, Greece, Portugal and Italy are at the bottom with only %3.

While France leads the game among the Top 5 in Europe with %11, Serie A is again at the bottom with %3. In the second divisions, the Netherlands is at the top with %25 percent, while Belgium is the last with %2.

When it comes to the team comparison, however, the results are different: 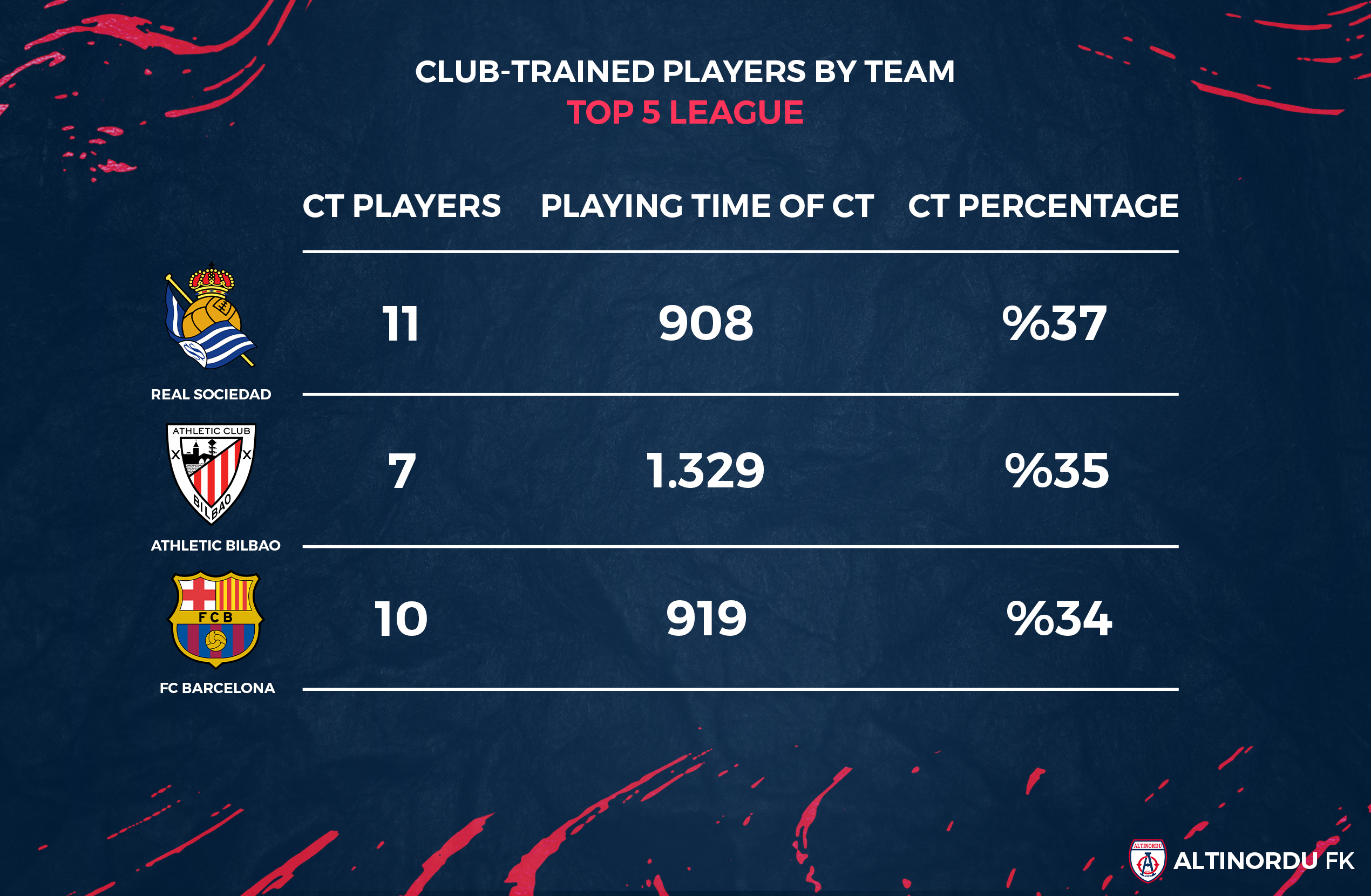 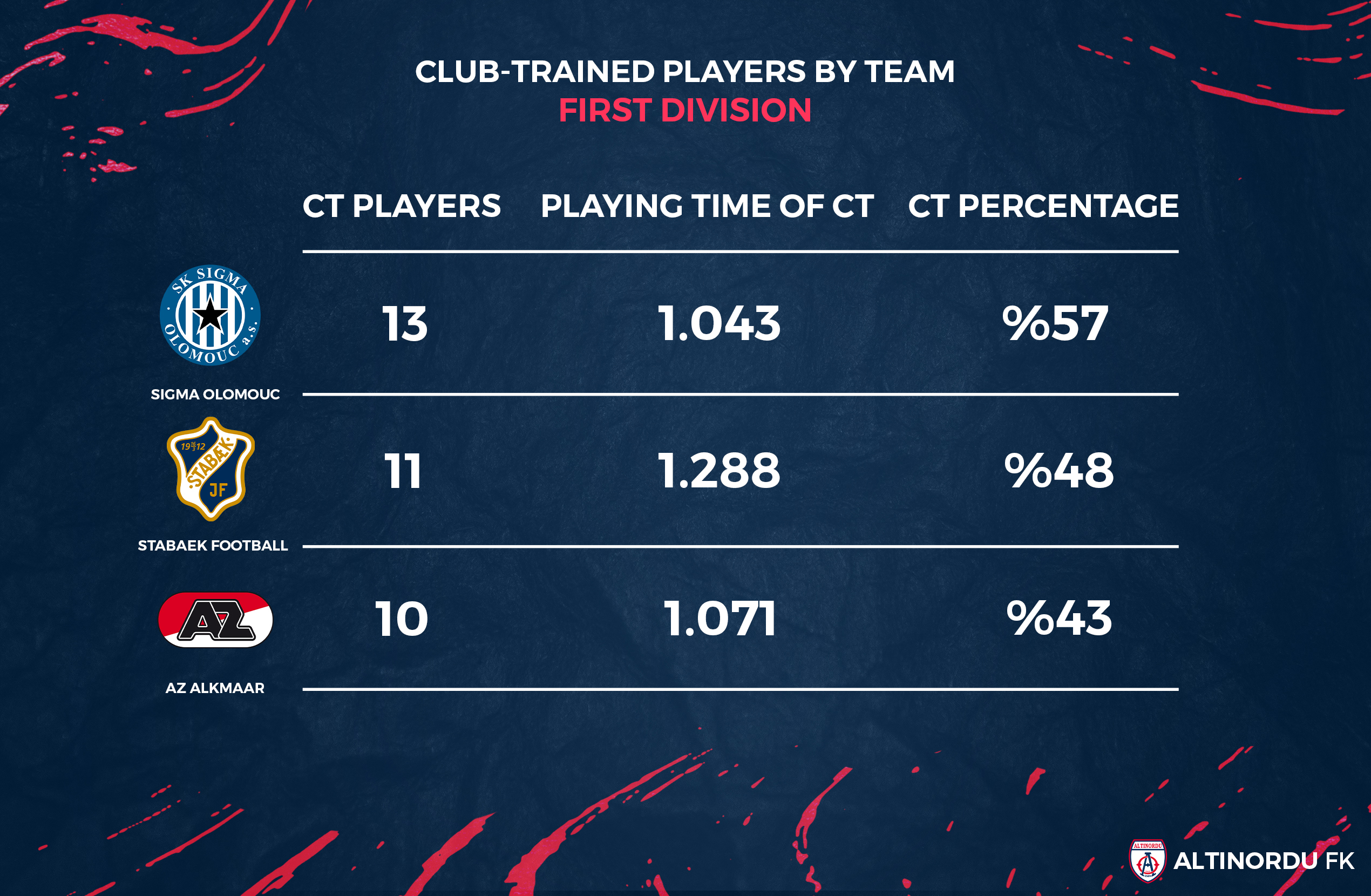 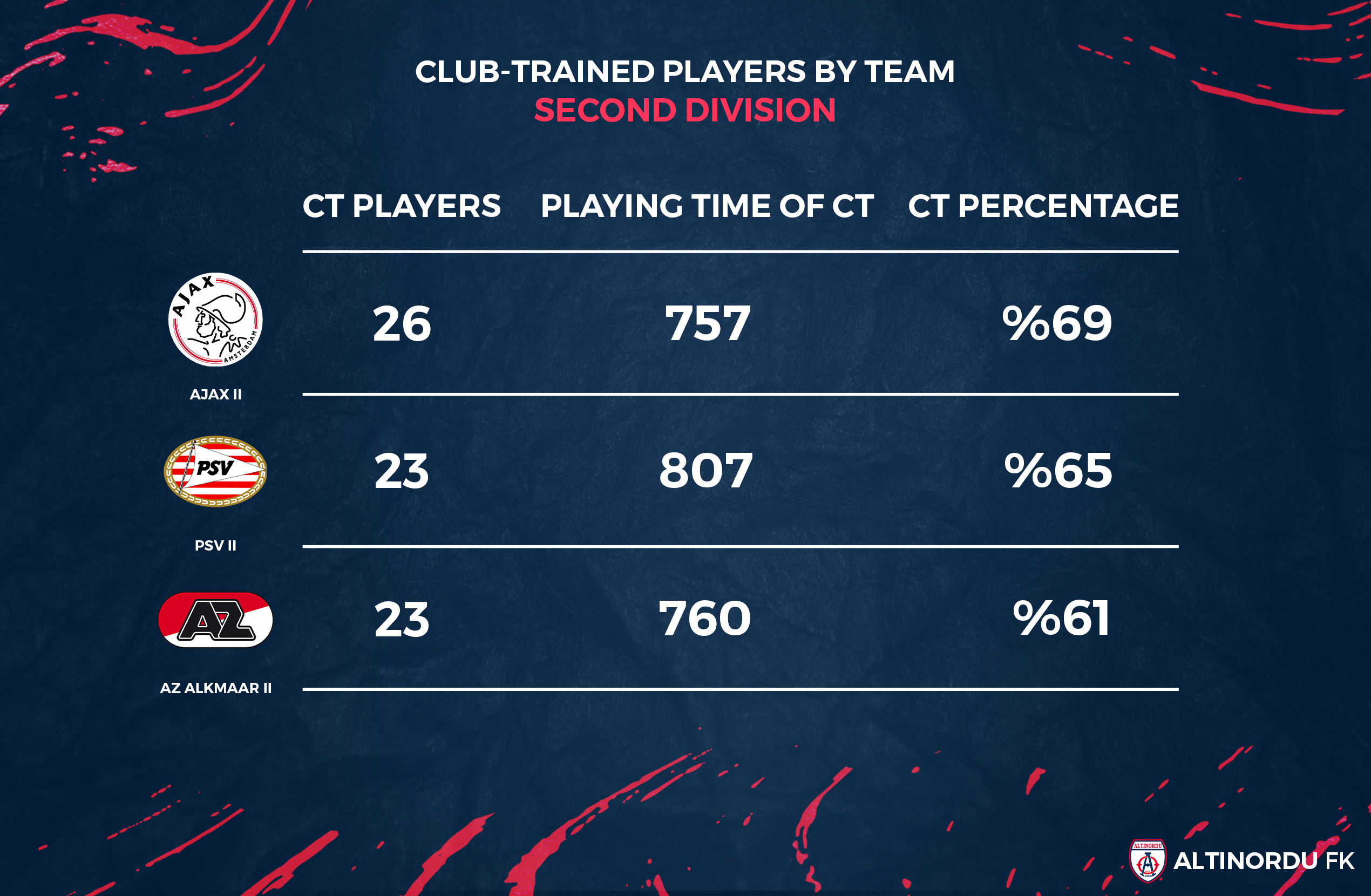 Overall, Sigma Olomouc from Czechia has the highest number of club-trained players in its squad with %57, followed by Stabaek Football from Norway with %48 and AZ Alkmaar from the Netherlands with %43.

Among the Top 5, Real Sociedad has the lead with %37, close rivals Athletic Bilbao and Barcelona chasing the club with %35 and %34 respectively. In the second divisions the second teams of the major Dutch clubs dominate the top: Ajax II %69, PSV II %65, AZ Alkmaar II %61 and Utrecht II %61. Porto II was the only team from another country that passed %50 threshold with %55.

However, when it comes to the time given to club-trained players on the pitch, the picture changes for all teams in Europe. Slovacko from Czechia and Bodo Glimt from Norway gave 1.598 and 1.578 minutes to their home-grown players in the pitch, setting the highest points at the moment. Slovacko also has the title of highest playing time per player in Europe with 319 minutes per home-grown players.

In the Top 5, Athletic Bilbao (1.329), Atletico Madrid (1.215) and Köln (1.169) had the first three spots. Considering the fact that Atletico Madrid and Köln had only four and five club-trained players in their squad respectively, they gave the highest playing time per player with 243 and 292.

In the second division Real Zaragoza (1.380), Utrecht II (1.165), Helmond Sport (1.138) lead the playing time give to home-grown players. But since these teams have higher number of club-trained players in their squad compared to First Division teams, playing times per player are not impressive.

Added to that, the latest CIES report on "Club-trained players’ employment across Europe" also finds similiar results. Despite having a larger target group (those having been for at least three seasons between the ages of 15 and 21 in their employer club), clubs included in ALFA research like Sigma Olomouc, FC Slovácko and Real Sociedad found themselves a place in CIES report as well.

(This ALFA study was conducted by Altınordu Team Management, led by Director of International Relations Aydın Güvenir and Head of IT Department Uğur Atik)