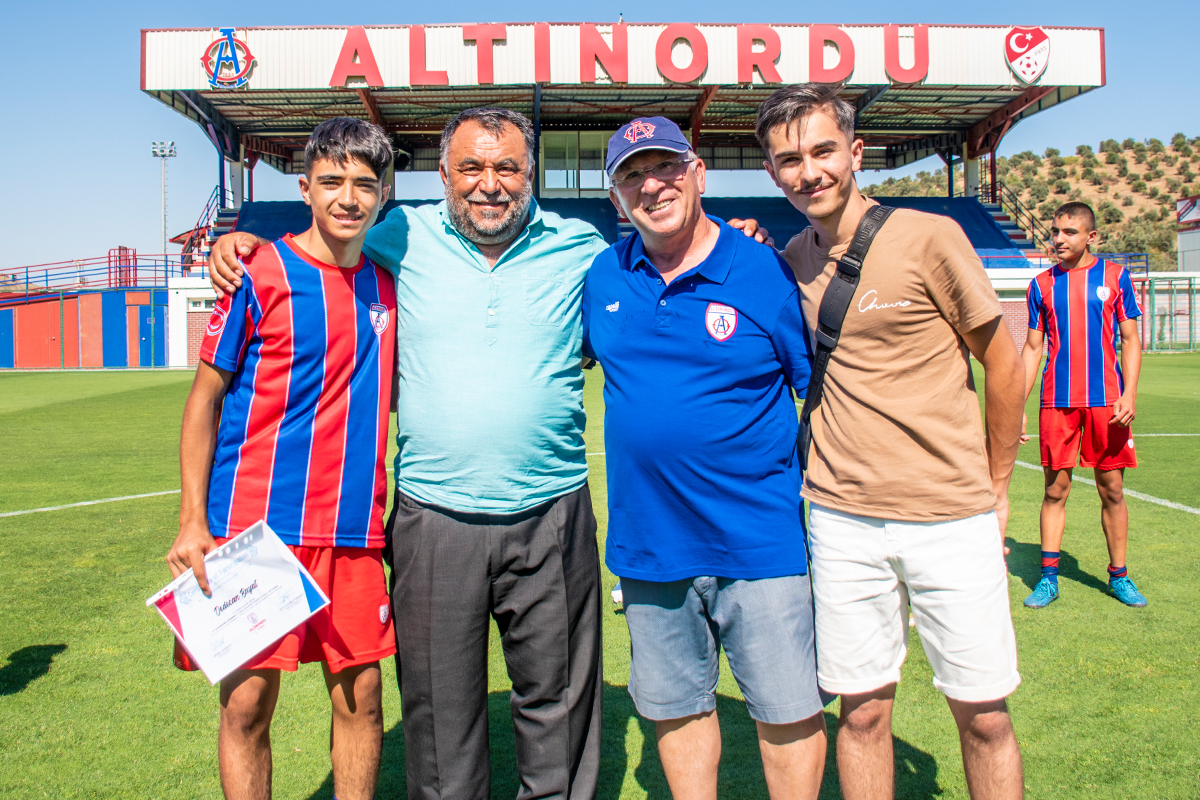 Our club held similar football summer camps in many countries of the world last week, and our athletes who participated in the camp received their certificates on Friday.

AO CAMPS WILL BE AN IMPORTANT EVENT IN SPREADING FOOTBALL

Stating that as Altınordu, they have achieved another first in Türkiye, our President Seyit Mehmet Özkan made the following assessment regarding the Altınordu Football Camps we held: “We have finished the program of the first week of Altınordu Football Camps event. Many football clubs in Europe organize such summer camps. We started to organize Altınordu Football Camps, which is a first in Türkiye, by taking examples from Europeans. Our first camp ended today. Our camp was attended by both domestic and foreign participants. Our players had a very good week here. We want to continue this. We see this as an important event for the spread of football to the young children.”

9TH TEAM TO PARTICIPATE IN INTERNATIONAL U12 İZMİR CUP IS ZENIT ST. PETERSBURG