Our players make us proud in national duty 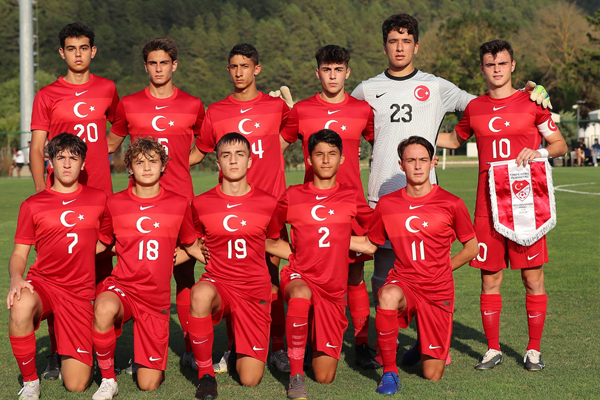 Five home-grown Altınordu players played in the friendly match of our U16 National Team, which drew 0-0 with North Macedonia on Tuesday, August 24, 2021.
Furkan Emin Kaçmaz started the game as the team captain in the game in Istanbul; Fırat Başkaya also started the game. Muharrem Emir Erkul, Rıdvan Tekkeşin and Furkan Bacaklı found a chance in the game in the second half.
In the candidate squad of the North Macedonia friendly matches of our U16 National Team; We have a total of 6 ALFA players, including Furkan Emin Kaçmaz, Onuralp Çevikkan, Fırat Başkaya, Muharrem Emir Erkul, Furkan Bacaklı and Rıdvan Tekkeşin. Hümeyer Albayrak, who was previously called to the squad, was removed from the candidate squad due to his illness.

In the second game of Turkish U16 Turkey beat North Macedonia 2-0. Again, five Altınordu players represented our club in the game. Muharrem Emir Erkul took the field as the team captain; Furkan Bacaklı and Rıdvan Tekkeşin also started the match in the starting 11. Furkan Emin Kaçmaz and Fırat Başkaya joined the game in the second half.
Rıdvan Tekkeşin scored the first goal of our U16 Nationals in the 35th minute.

We are proud of our national team players!