"We must develop players for the future of football" 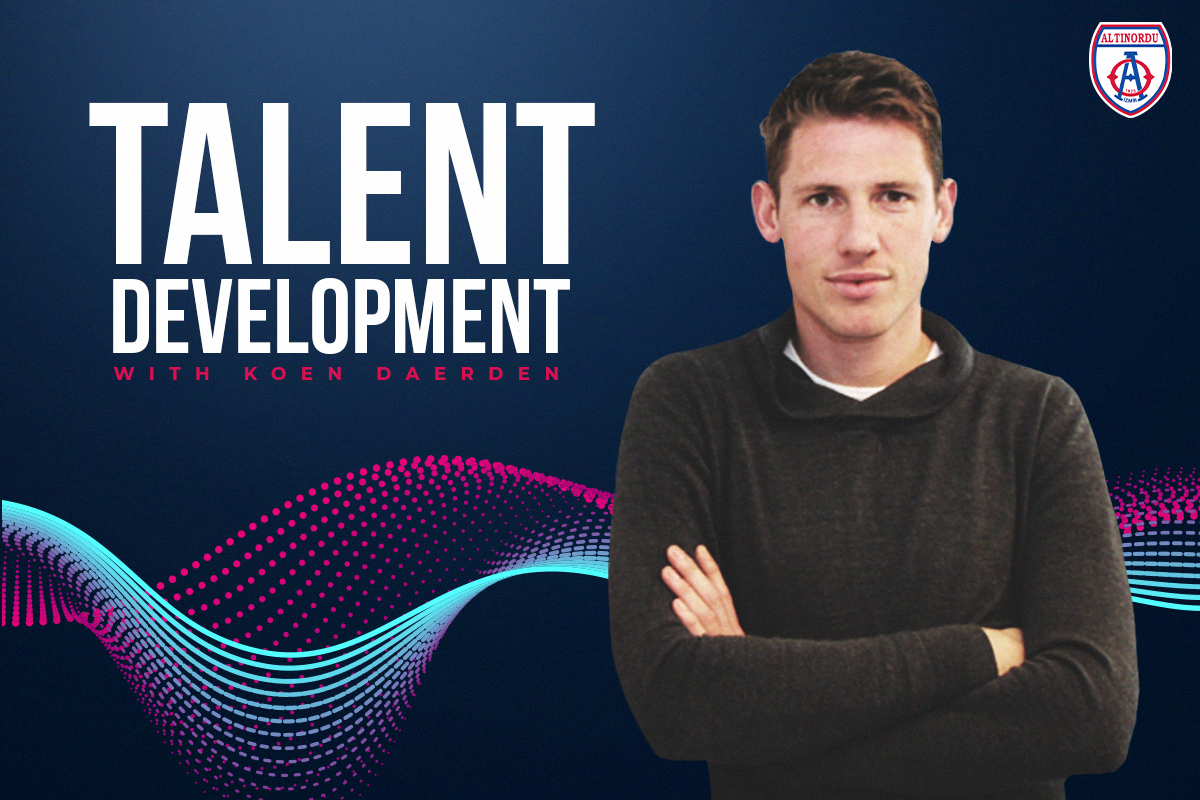 Situated in eastern Belgium near the German border, KRC Genk are one of the country’s biggest football clubs. Belgian champions 2018/2019 season, Genk have enjoyed a very successful spell since the early 2000’s with three Belgian First division titles in total as well as three Belgian Cups and four Belgian Super Cups. With jaunts into the Champions League on occasion in recent memory coupled with regular Europa League appearances in between, Genk have now substantially grown into one of Europe’s most underrated sides. With a real focus on youth development, the club have nurtured some of Europe’s current best players including Kevin De Bruyne and Thibaut Courtois to name but a few of their former youth products.

Koen Daerden is a Belgian former professional football player and current coach, who works as Technical Director of the Youth Academy at KRC Genk.

Apart from being a former Belgian national and the Belgian Young Professional Footballer of the Year, Daerden has been in charge of talent development processes of KRC Genk Youth Academy. He has an in-depth knowledge of the requirements of the talent development both on the field and outside the field.

Koen explained us how the talent development system works at KRC Genk.

I would like to start with the question that I ask to my guests, which is what should we understand from talent development in football?

First of all it is not only about the football skills. It is more than only developing a football player, but also a human being. For us at KRC Genk it is very important to work with values and norms to give not only to the players, but also to the whole community in our club. Everyone involved in our club and academy; the technical staff, the employees, the volunteers know those values. Those values include how to act and how to behave and so on. And from there on we can start with our football development. That is more specific to the players of course, and the coaches.

How do you do that KRC Genk? What are your principles? How do you approach the talent?

If we look at development then we have to decide which players do we want to develop? What kind of a football player we want to develop? And also, what does it mean in the football of 2025? In football of 2029, 2030? Because if we are working now with the players who are 10 years old, they will become 18, 19 years old at the end of the decade. So we are already in 2030. We have to be aware of the future of football and the future of the talent. This year with the Covid-19 we had time to think time to think about our philosophy and methodology. What we are doing already? Where we were successful in? What we do now is good, but how can we make it better?

Another very important point is the ball mastery. It has been for us already like 20 years a key point. The basics of football like control and pass, me and the ball. The ball should be your friend. But we cannot separate the ball mastery from the brain mastery or the body mastery. We must have a holistic approach for the coming years. Because we think with all the things we do today, we must combine it even more because all of them are important in football. You need your body mastery, you need your ball mastery, you need your brain mastery. You might be technically good, but you always dribble when you do not have to dribble. You might be passing when you do not have to pass. It is about decision-making and awareness of the space. So all those things are very important to combine. But the technical point of the ball mastery for us is the beginning of this. Players at the age of 7, 8, 9, 10, 11 years old, it is always "me and the ball", all the time for them.

What do you then look for in the potential players?

We think we are different than other academies. If you look at all those five topics, everybody speaks about, technical, tactical, physical, mental and etc. Our approach is focused on the action of the player. So it is about the personality of a player and the actions he made. In our football philosophy, our blueprint, we think that, every player, we give them a bag with a lot of information. We give them all training methods and skills. Then they are on the game, it is on them to make the action, to decide what they are going to do with it.

It is then not about what we think now, it is about what a player thinks and does. So the action for us is important. We will never punish a creative player who chooses a different path than what we instruct him. Of course, he needs to analyze it and you have to discuss about it, but do not restrict the creativity of a player. Give him the freedom, give him all the information. Here at KRC Genk we give him the freedom on the pitch to make his own decisions. That is very important for us.

If you go to talent identification of course every age group has a different approach, but, um, one of the main things we look for is the technical ability. The ball mastery is very important, being confident with the ball, being dominant on the ball, asking the ball, not to be shy and overall being very confident on the pitch as well. And again, it has nothing to do with being big or small. We have a lot of young, small, young players who mature late, who are not ready to compete with big guys, but they have the ability on the ball. They have a good vision and they have the courage, they want to improve.

Then we come to some values which are very important for us at KRC Genk. So there are three topics that are even at the age of eight and sixteen important. Those are the player’s mentality on the pitch, his movement and his ball mastery.

How is he moving on a pitch? Is it like stumbling or is it like moving smoothly. Does he have a good balance in his body already? So they are the things we are looking for in the foundational phase, and then when they grow up we start to add other details.

Do you have a main pathway from the academy to the first team? Or do you develop your players to be adaptable to any game, if that is possible? What is your strategy when it comes to producing players for a certain strategy or multiple strategies?

That is a very good question because we can do a lot of things, but if you do not have the support or the vision from the first team it is a problem. The connection is the most important thing between the first team, but also the board, the technical director and the academy director. So everything we have done in the last year, we did it also with the approval of the technical director. I discussed with him a lot of times what we are going to do. How we think about things and we discuss a lot of things. The last time we had a meeting, he told me as well, we need to define even more what we expect of each player from U21 to the first team. Also the way of playing, what will be important for the first team coach and what will be important for the U21?

Even for us as an academy, we still have some issues that we need to address to make progress. One of those things is definitely the integration of the first team. How we can do it even better than today? One of the difficulties we have is that our U21 group is very young and they are in an intense competition. In the following years we will play in the second division, so it is very important for our players.

On the other side, I agree that we must develop players for the future of football. The future player is for us a player who is flexible in a lot of different systems and positions. That is what international football is all about today already. You start with a system and that system changes during the game 2, 3, 4 times.

For instance, if you saw the Euro final, Italy changed their system three, four times by changing the players in positions. So this is the player we want to create, a player who is very flexible and not a player who thinks "I'm a 10". What does it mean being a 10? For me it is just a position on the pitch and he can go on the side, he can go into the penalty box, he can come in the defense. It does not matter. So we think that that future of football will require flexible players who respond to the requirements of the game.

That is a really interesting point of view. You said "what does it mean to say that I am a number 10"? I think "being a 10" comes from this old football philosophy that formation themselves are the same thing as strategies. But I think the concept of strategy in football today has changed. How do you see that?

That is about how you think football should be played, the style of play. You need a structure and that structure that is your system. For us it is 4-3-3. We start with that formation, but that system is very flexible during the game. Sometimes it is a 3-4-3 or 5-3-2 and etc. It does not matter. But they are more like principles who are very important and those principles, you need to rely on every system you are going to play.