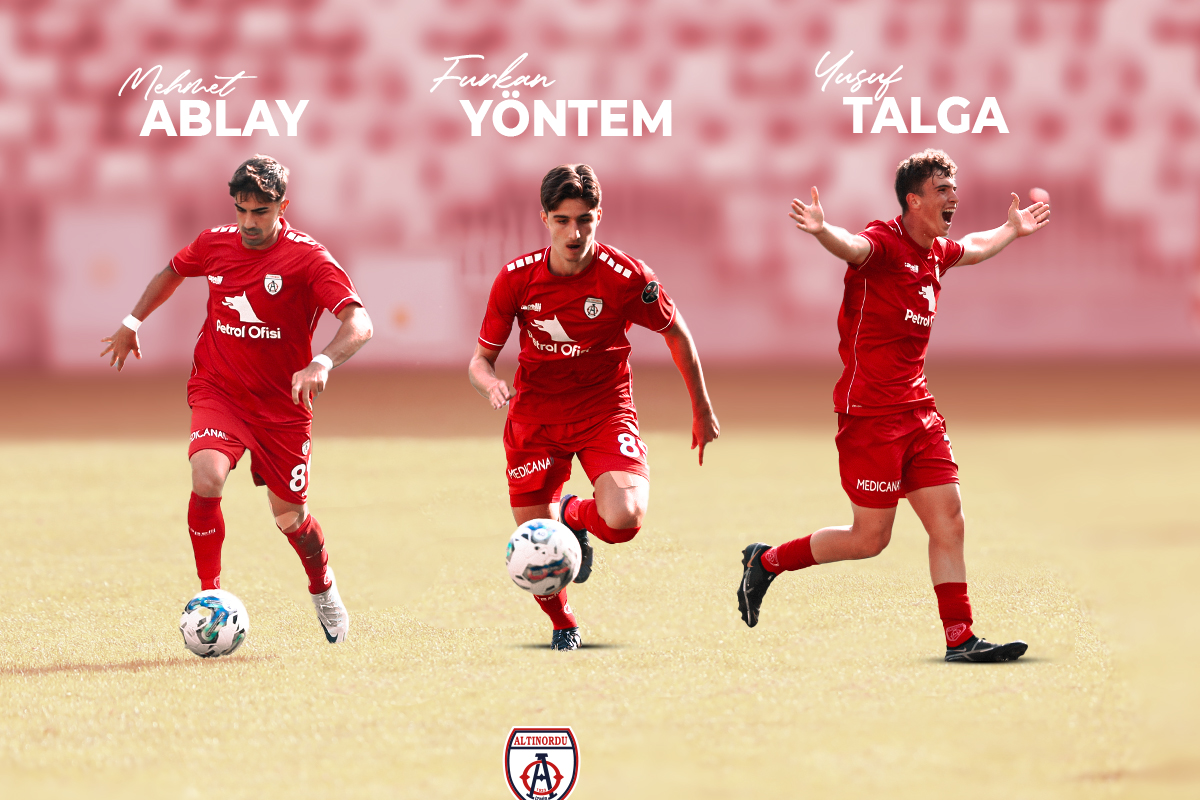 Three reinforcements were made from our Altınordu Football Academy (ALFA) U18/19 Team to our A Team that will face Bandırmaspor away at the weekend. Due to the high number of missing players in our A-Team squad, our A-Team Technical Director Ufuk Kahraman included Furkan Yöntem, Mehmet Ablay, and Yusuf Talga from our ALFA U18/19 Team players in the camp squad for the Bandırmaspor match. In addition, last month, Abdullah Soğucak, one of our ALFA U18/19 Team players, was also included in the A Team squad.